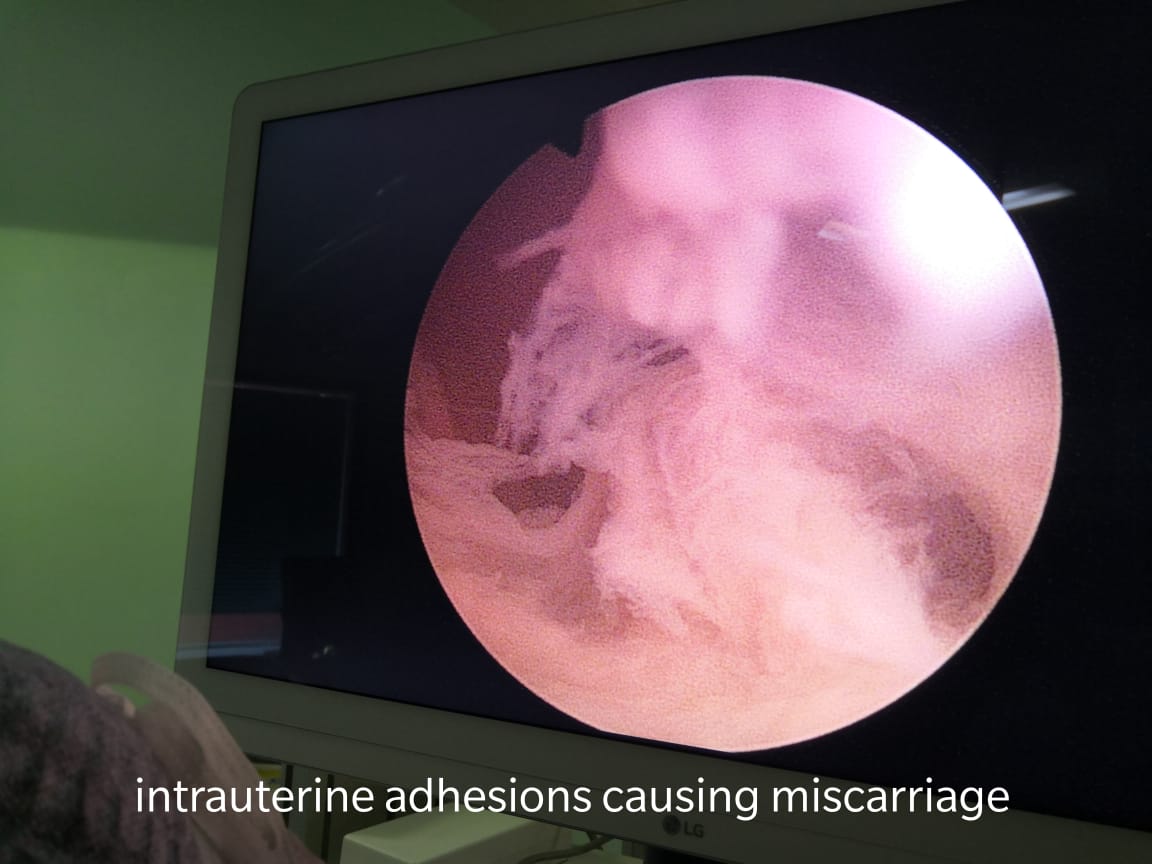 A miscarriage, also called a spontaneous abortion, is the spontaneous ending of a pregnancy. About 1/3 to 1/2 of all pregnancies end in miscarriage before a woman misses a menstrual period or even knows she is pregnant. About 10 to 20% of women who know they are pregnant will miscarry , mostly in the first three months.

A miscarriage is most likely to occur within the first 3 months of pregnancy, before 20 weeks gestation. Very few of miscarriages occur after 20 weeks’ gestation. These are termed late miscarriages.

About half of all miscarriages that occur in the first trimester are caused by chromosomal abnormalities, which might be hereditary or spontaneous , in the father’s sperm or the mother’s egg. Chromosomes are tiny structures inside the cells of the body that carry many genes, the basic units of heredity.

Genes determine all of a person’s physical attributes, such as sex, hair and eye color and blood type. Most chromosomal problems occur by chance and are not related to the mother’s or father’s health.

Miscarriages are also caused by a variety of unknown and known factors, such as:

What are the symptoms of a miscarriage?

Symptoms of a miscarriage include:

If you are experiencing the symptoms listed above, contact your Gynecologist right away. She will tell you to come in to the office or go to the labor room.

How Is a Miscarriage Diagnosed and Treated?

Your Gynecologist will perform a pelvic exam, an ultrasound test and bloodwork to confirm a miscarriage. If the miscarriage is complete and the uterus is empty, then no further treatment is usually required. Occasionally, the uterus is not completely emptied, so a dilatation and curettage (D&C) procedure is performed. During this procedure, the cervix is dilated and any remaining fetal or placental tissue is gently removed from the uterus. As an alternative to a D&C, certain medicines can be given to cause your body to expel the contents in the uterus. This option may be more ideal in someone who wants to avoid surgery and whose condition is otherwise stable.

Blood work to determine the amount of a pregnancy hormone (hCG) is checked to monitor the progress of the miscarriage.

When the bleeding stops, usually you will be able to continue with your normal activities. If the cervix is dilated, you may be diagnosed with an incompetent cervix and a procedure to close the cervix (called cerclage) may be performed if the pregnancy is still viable. If your blood group is Rh negative, your doctor may give you a blood product called Rh immune globulin (Rhogam). This prevents you from developing antibodies that could harm your baby as well as any of your future pregnancies.

Blood tests, genetic tests, or medication may be necessary if a woman has more than two miscarriages in a row (called recurrent miscarriage). Some diagnostic procedures used to evaluate the cause of repeated miscarriage include ultrasound, hysterosalpingogram (an X-ray of the uterus and fallopian tubes), and hysteroscopy (a test in which the doctor views the inside of the uterus with a thin, telescope-like device inserted through the vagina and cervix).

Can I Get Pregnant Following a Miscarriage?

Yes. At least 85% of women who have miscarriages have subsequent normal pregnancies and births. Having a miscarriage does not necessarily mean you have a fertility problem. On the other hand, about 1%-2% of women may have repeated miscarriages (three or more). Some researchers believe this is related to an autoimmune response.

If you’ve had two miscarriages in a row, you should stop trying to conceive, use a form of birth control, and ask your Gynecologist to perform diagnostic tests to determine the cause of the miscarriages.

Dr. Ruchi Tandon, is a Gynecologist with over 13 years experience in obstetrics and Gynecology, practicing in leading hospitals in South Delhi. She is approachable, experienced and highly competent in handling all types of pregnancies.