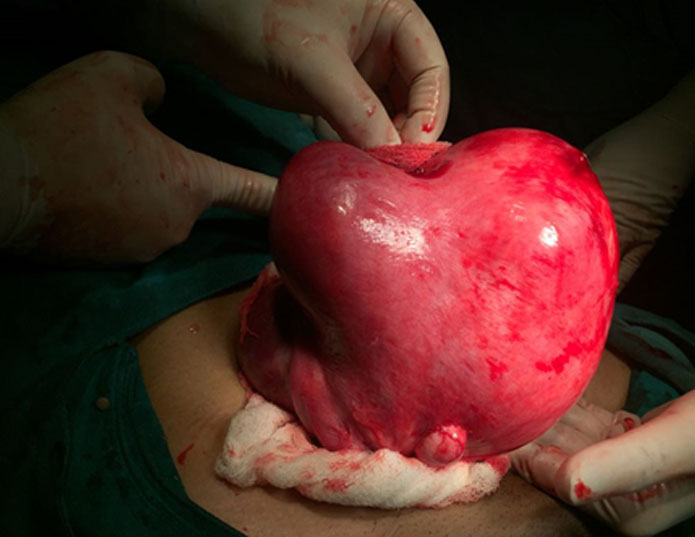 Endometriosis is defined as the presence of endometrial tissue at any area other than the normal situation; if it is seen in myometrial tissue it leads to a condition called as adenomyosis.

Endometriosis  commonly involves your ovaries, fallopian tubes and the tissue lining of pelvis. Rarely, endometrial tissue may spread beyond pelvic organs like intestines,liver and retroperitoneal spaces.

With endometriosis, displaced endometrial tissue continues to act as it normal tissue , it thickens, breaks down and bleeds with each menstrual cycle. Because this displaced tissue has no way to exit your body, it becomes trapped and bleeds monthly. When endometriosis involves the ovaries, cysts called endometriomas or chocolate cysts may form. Surrounding tissue can become irritated, eventually developing scar tissue and adhesions ,abnormal bands of fibrous tissue that can cause pelvic tissues and organs to stick to each other.

Endometriosis can cause pain , sometimes severe —,especially during  periods. Fertility problems also may develop in younger females. Fortunately, effective treatments are available for both.

The primary symptom of endometriosis is pelvic pain associated with  menstrual period.

Common signs and symptoms of endometriosis may include:

The severity of  pain isn’t necessarily a reliable indicator of the extent of the condition.  Women with mild endometriosis have intense pain, while others with advanced endometriosis may have little pain or even no pain at all.

Endometriosis is sometimes mistaken for other conditions that can cause pelvic pain, such as pelvic inflammatory disease (PID) or ovarian cysts or appendicitis. It may be confused with irritable bowel syndrome (IBS), a condition that causes alternate bouts of diarrhea, constipation and abdominal cramping.

When to see a doctor

See your doctor if you have signs and symptoms that may indicate endometriosis.

Endometriosis can be a challenging condition to manage. An early diagnosis, a multidisciplinary medical team and an understanding of your diagnosis may result in better management of your symptoms.

Although the exact cause of endometriosis is not certain, possible explanations include:

Several factors place you at greater risk of developing endometriosis, such as:

Endometriosis usually develops several years after the onset of menstruation (menarche). Signs and symptoms of endometriosis end temporarily with pregnancy and end permanently with menopause, unless you’re taking estrogen.

The main complication of endometriosis is impaired fertility. Approximately one-third to one-half of women with endometriosis have difficulty getting pregnant.

For pregnancy to occur, an egg must be released from an ovary, travel through the neighboring fallopian tube, become fertilized by a sperm cell and attach itself to the uterine wall to begin development. Endometriosis may obstruct the tube and keep the egg and sperm from uniting. But the condition also seems to affect fertility in less-direct ways, such as damage to the sperm or egg.

Even so, many women with mild to moderate endometriosis can still conceive and carry a pregnancy to term. Doctors sometimes advise women with endometriosis not to delay having children because the condition may worsen with time.

Ovarian cancer does occur at higher than expected rates in women with endometriosis. But the overall lifetime risk of ovarian cancer is low to begin with. Some studies suggest that endometriosis increases that risk, but it’s still relatively low. Although rare, another type of cancer — endometriosis-associated adenocarcinoma — can develop later in life in women who have had endometriosis. 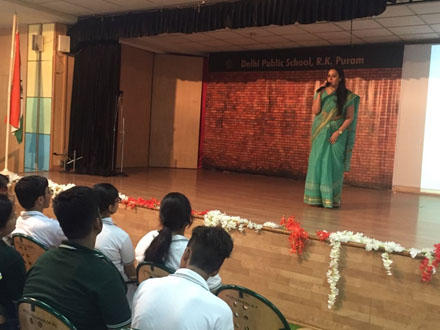 Human papilloma virus also known as the cervical cancer virus or HPV accounts for upto 75% of all cervical cancers. Cervical cancer is the fifth most prevalent cancer and is caused by sexual transmission of HPV virus. The incidence is maximum in reproductive age group , namely between 30-40 years of age group and peaks by 50 years of age. India has a population of about 300 million women above the age group of 15 years. HPV 16 & 18 account for maximum number of cases of cervical cancer. HPV infection causes CIN1, CIN2,CIN3,CIS,invasive cancers.

The recent most vaccination programme in recommended in age groups 9-44 years and is preventive against 4 HPV’s i.e.HPV 6, 11,16,18. Prolonged use of contraceptives, increased parity, early age of sexual activity, multiple sex partners, tobacco smoking and co-infection with STD’s have been identified as established cofactors for cervical and precervical cancers. 70% of all adults are likely to be infected with at least one HPV type. Vast majority of the infections resolve spontaneously and only a few of the HPV infections progress to cancer.

The lifetime risk for genital HPV is 60–80% and genital warts is approximately 3-5%. Large scale screening programmes like pap smears are practically to implement in developing countries , hence cervical cancer screening should be carried out more effectively. The only effective way is to reach out to schools and encourage adolescent girls into cervical cancer vaccination.