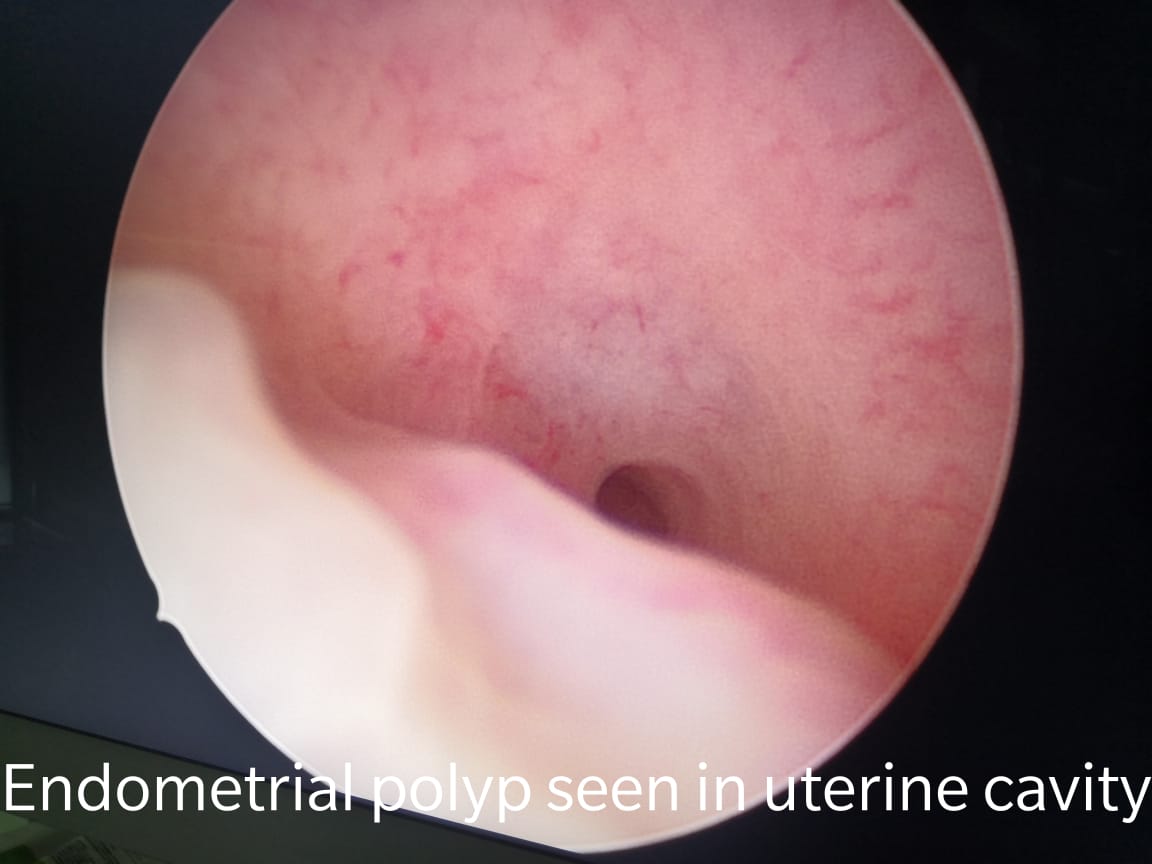 Uterine or endometrial polyps are growths attached to the inner wall of the uterus that extend into the uterine cavity. Overgrowth of cells in the lining of the uterus (endometrium) leads to the formation of ensdometrial polyps, also known as uterine polyps. These polyps are usually noncancerous (benign), although some can be cancerous or can eventually turn into cancer. They can range from few millimetres to few centimeters and can be endometrial, endocervical or cervical polyps depending on the origin of the tissue.

Signs and symptoms of uterine polyps include:

Some women have only light bleeding or spotting; others are without symptoms.

Doctors don’t know exactly why women get uterine polyps, but it may be related to changes in hormone levels. Each month, your estrogen levels rise and fall, directing the lining of the uterus to thicken and then shed during your period. It’s an overgrowth of that uterine lining that makes a polyp.

Some things make you more likely to have polyps. One is age ,they’re more common in your 40s or 50s. That may be due to the changes in estrogen levels that happen right before and during your menopause.

Medication :Some studies have shown polyps less than 5 mm can be treated with course of progesterones for upto 3 cycles, polys might regress or be she’d out in next  menstrual cycle.

Hysteroscopy had been accepted as the gold standard in diagnosis and treatment of all types of polyps. It is usually done as a daycare procedure and the obtained tissue is sent for histopathology diagnosis.

What to expect with hysteroscopic removal of endometrial polyp

On the Day of the Surgery

Recovery: what to expect in the next few weeks

Dr.Ruchi Tandon is a trained hysteroscopic surgeon with over 13 years of clinical experience. At present, she is providing her services in leading hospitals in South Delhi namely, Apollo Spectra, Apollo Cradle Royale and Max Smart super speciality hospital, Saket.