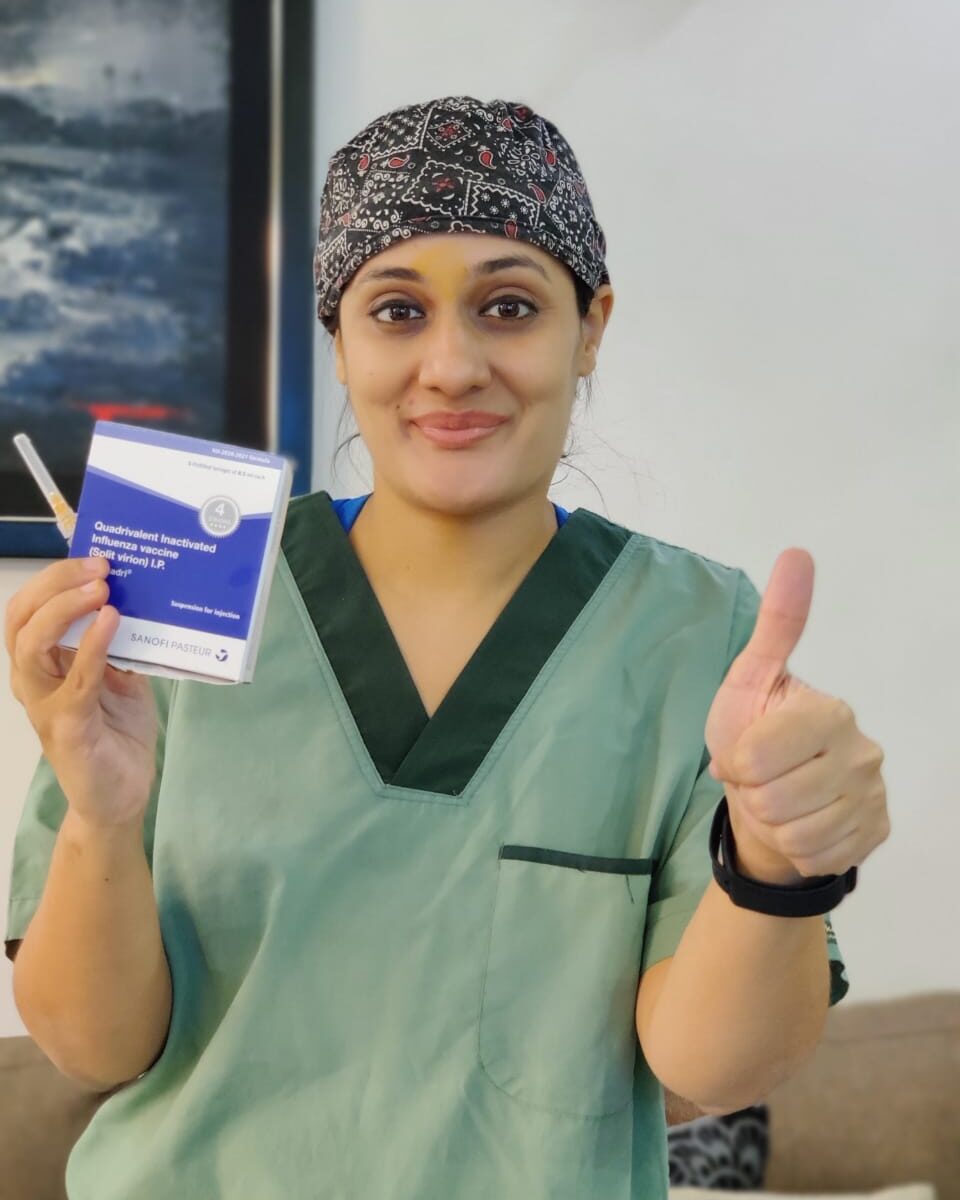 Maternal immunization provides important health benefits to both pregnant women and to their fetus. Vaccine-preventable diseases cause significant morbidity and mortality among maternal, neonatal, and young infant. Some infections are so serious even they can waste pregnancy, harm her baby during pregnancy or after delivery. These complications can be protected with vaccination. This is why vaccinations are so important for pregnant mothers. Vaccines strengthen the immune systems of body that can fight off serious infectious diseases.

A vaccine can help in protection of the mother’s body from infections and this immunity passes to her baby during pregnancy. This immunity keeps the child safe during the first few months of life until baby gets his own vaccination. Vaccination also protects mothers from getting a serious disease that could affect future pregnancies. Fetus getting any risk after vaccination of the mother during pregnancy primarily is theoretical. Globally, no scientific study exist which shows the risk of fetus after vaccination of pregnant women with inactivated vaccines or bacterial vaccines or toxoids.

Even live vaccines causing risk to fetus is theoretical. Benefits of vaccinating pregnant women usually outweigh potential risks when the likelihood of disease exposure is high, when infection would pose a risk to the mother or fetus, and when the vaccine is unlikely to cause harm. Not all vaccinations are safe during pregnancy but some of inactivated vaccines are considered safe which can be give to pregnant women who might be at risk of infection.

Tetanus can cause severe morbidity in the mother and mortality in the neonate. Tetanus is a life-threatening bacterial disease that is caused by the toxin of a bacterium called Clostridium tetani which is often found in soil. Tetanus bacteria enter the body through an open wound. It could well be a tiny prick or scratch on the skin, although Tetanus infection is more common when there is a deep puncture wound such as a bite, cut, burn or an ulcer.

Tetanus affects a person’s nervous system and can be fatal if left untreated. Neonatal tetanus usually occurs in newborns through infection of the unhealed umbilical stump, especially when the stump is cut with a non-sterile instrument. Tetaus is prevented only through vaccination. The tetanus vaccine contains noninfectious toxoids. Tetanus toxoids appear safe during pregnancy and are administered in many countries of the world to prevent neonatal tetanus.

The World Health Organization (WHO) reported that neonatal tetanus kills over 200,000 newborns each year; almost all these deaths occur in developing countries while it is very rare in developed nations.

To maximize the maternal antibody response and passive antibody transfer to the infant, the national immunization schedule in India recommends the 2 doses of tetanus toxoid (TT) for unknown immunization status of pregnant women i.e the first dose of tetanus toxoid should be administered as soon as pregnancy is detected, second dose of tetanus toxoid is administered after 4 weeks and if a mother received 2 TT doses in the last pregnancy and mother gets again pregnant with in 3 y than only one dose of TT is recommended and that dose is called booster dose. Some experts recommend that the second dose of the vaccine should be given 4 weeks prior to the expected date of delivery.

The WHO also recommends that a third vaccine be given 6 months after the second one to provide protection for at least 5 y After TT vaccination, the antibodies formed in mother are transferred to baby and protect baby for a few months after birth. TT vaccination also helps to prevent premature birth or delivery. The American Congress of Obstetricians and Gynecologists recommends use of tetanus immune globulin, as there is no evidence of any adverse effects to the fetus from the tetanus immunoglobin.

Live attenuated influenza vaccine is available in form of an intranasal spray and that is not recommended for pregnant women. Maternal influenza immunization offers demonstrated disease prevention benefits for women and their newborns and is a critically important component during pregnancy. Pregnant women should be counseled about the benefits of the influenza vaccine for themselves and their unborn baby.

Dr.Ruchi Tandon is a reputed Gynecologist practicing in leading hospitals in South Delhi namely Max and Apollo hospitals with over 14 years of experience in handling all kinds of Gynecological conditions including high risk pregnancy .